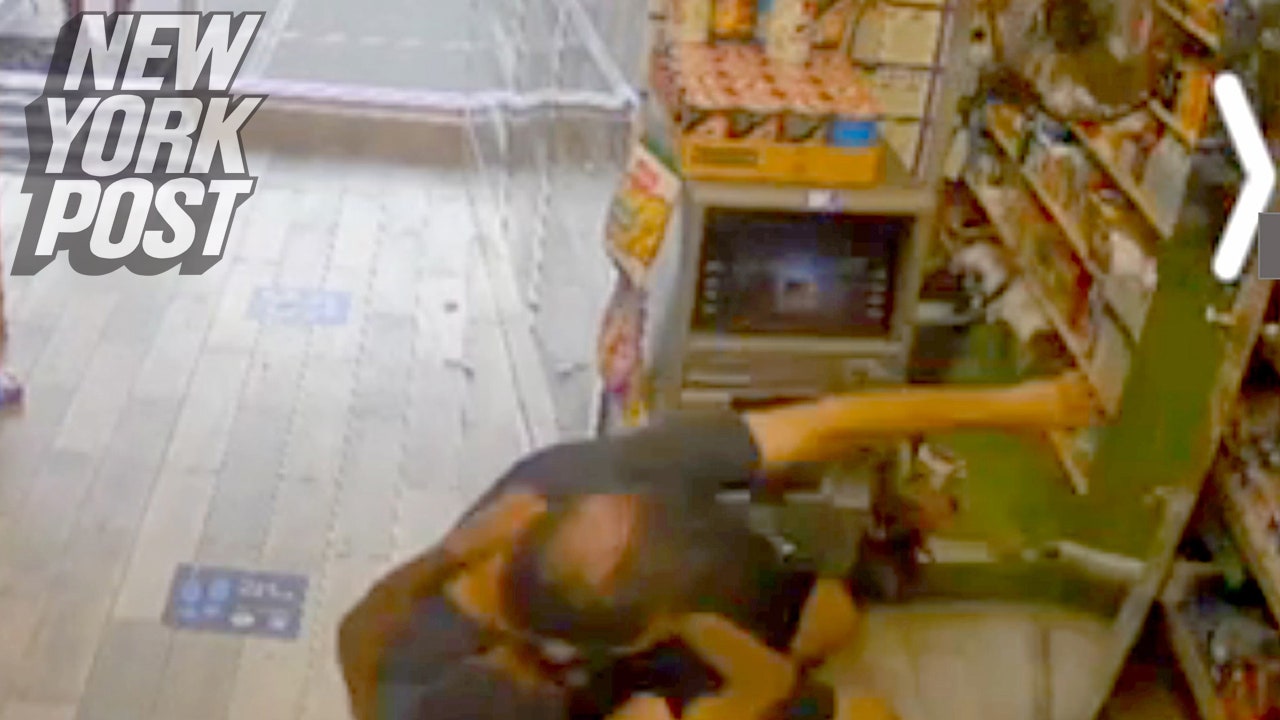 A bodega in New York City where a clerk killed an attacker in self-defense, was again the scene of an attack on a worker.

Owner Osamah Aldhabyani, 33, was working a 12-hour shift when Ariel Hernandez, 19, entered the Blue Moon supermarket around 6:30 p.m. ET on Aug. 19, according to the New York Post.

“The man entered the store and started scaring the customers,” Aldhabyani told the Post, adding that Hernandez had grabbed two Monster energy drinks and left before returning “three minutes later.”

The store owner recalled that Hernandez said he had a “real problem with me” and that he “came behind the counter and asked me for money and Black & Milds.” Black & Mild is a brand of tipped cigarillos.

NYC BODEGA OWNER SENDS MESSAGE TO BIDEN AS FELONY ASSAULTS RISE: ‘JACK INTO OUR SHOES FOR A DAY’

Aldhabyani said he told Hernandez to leave him alone.

“He started throwing things behind the counter and… after I pushed him out, we started fighting. I put him on the floor and kept him there until the police came,” Aldhabyani said.

Video footage from the store’s security camera, obtained by the Post, shows the attacker getting behind the counter before the pair collide and land on the floor.

Hernandez allegedly punched Aldhabyani on the floor and put his arm around the shop owner’s neck.

The latest attack on the Blue Moon supermarket in Manhattan’s Hamilton Heights neighborhood occurred around 6:30 p.m. on Aug. 19 while owner Osamah Aldhabyani, 33, was running a 12-hour shift.
(NY post)

According to the Post, the suspect was released without bail by Manhattan Criminal Court Judge Melissa Lewis Andre after his arrest.

“The facts that have come to light so far in this ongoing investigation, including the defendant’s no previous convictions, do not justify seeking bail and possible detention at Rikers Island as the least restrictive way of securing his return to the court,” Doug Cohen, a spokesperson for Manhattan District Attorney Alvin Bragg, told the Post Thursday.

Aldhabyani reportedly said he had been subpoenaed to hand in “all surveillance videos” from “between 5 p.m. and 7 p.m.” on the date he was robbed and warned that it could not “produce said items.” result in a conviction for criminal contempt and “a $1,000 fine and one year in prison.”

The Manhattan bodega, where a clerk killed an attacker in self-defense, was again the scene of an attack on a worker — and the suspect was released after his arrest, according to the New York Post.
(New York Post)

However, the owner said he couldn’t do that because the camera system in the bodega only saves 14 days of footage and he only has the clips he shot with his cellphone.

Cohen said no one at Blue Moon is under investigation and that obtaining video evidence through a subpoena is a routine part of investigating a case.

“We take the accused’s alleged behavior seriously and are actively investigating it,” he said.

The Legal Aid Society, which Hernandez represents, declined to comment.

Fox News’ request for comment from Bragg’s office was not immediately answered.

The Blue Moon is the same store where clerk Jose Alba was attacked by 35-year-old Austin Simon on July 1.

Surveillance video showed Simon threatening Alba, getting behind the counter and pushing him against a wall before Alba reached for a knife and fatally stabbed the six-foot-tall man. Despite claiming self-defense, Alba was charged with murder.

Bragg’s office later returned and dropped the murder charges against Alba on July 19, saying in a memo that prosecutors “cannot prove beyond reasonable doubt that the defendant was unjustified in his use of deadly physical force.”

Danielle Wallace and Rachel Paik of Fox News contributed to this report.

Julia Musto is a reporter for Fox News Digital. You can find her on Twitter at @JuliaElenaMusto.