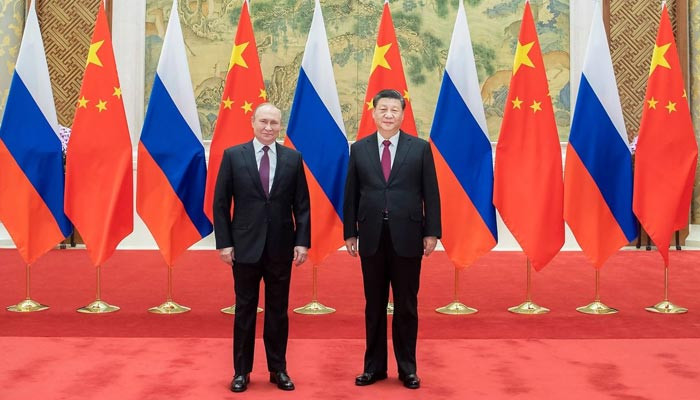 MOSCOW: A regional summit this week where Russian President Vladimir Putin will meet China’s Xi Jinping and other Asian leaders will present an “alternative” for the Western world, the Kremlin said Tuesday.

Putin and Xi will be joined by the leaders of India, Pakistan, Turkey, Iran and several other countries for the Shanghai Cooperation Organization (SCO) summit in the Uzbek city of Samarkand on Thursday and Friday.

The SCO — made up of China, Russia, India, Pakistan and four former Central Asian countries of the Soviet Union — was founded in 2001 as a political, economic and security organization to rival Western institutions.

The meeting will be part of Xi’s first foreign trip since the early days of the coronavirus pandemic and comes with relations between Russia and the West shattered by the conflict in Ukraine.

“All members of the SCO stand for a just world order,” he said, describing the summit took place “against the backdrop of large-scale geopolitical changes.”

The SCO, he said, “is the largest organization in the world, it comprises half the population of our planet”.

“The meeting with Xi is of particular importance, important international and regional topics will be discussed,” including the conflict in Ukraine and the growing economic ties between Russia and China, Ushakov said.