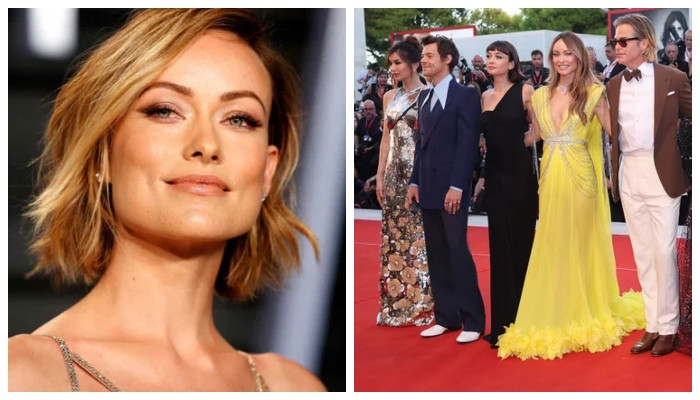 Wilde, 38, and Pugh, 26, posed on the red carpet along with costars Styles, Gemma Chan, Sydney Chandler, Chris Pine and Nick Kroll at the Venice Film Festival premiere on Monday.

Pugh took her grandmother for the red carpet debut.

The photo came hours after Pugh sat out the film’s press conference while on a flight from the Dune: Part Two set and Wilde answered a question about rumors of a “fight” between herself and Pugh.

Wilde replied, “Florence is a force, and we’re so thankful she can make it tonight despite being in production at Dune. As a director, I know how disruptive it is to lose an actor, even for one day, so I’m very grateful to her, Denis Villeneuve for helping us.”

“We are thrilled to be able to celebrate her work tonight. I cannot say enough how honored I am to have her as our lead actor. She is amazing in the film.”