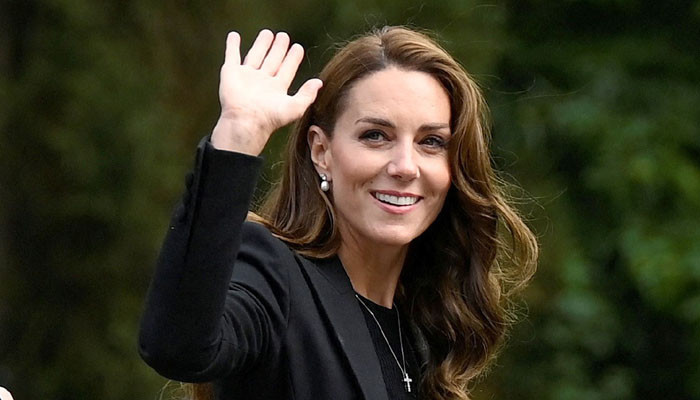 Kate Middleton and Prince William arrived at Sandringham House to view the tributes left for the Queen after her death on September 8.

While the new Prince and Princess of Wales were moved to watch the moving floral tribute to Her Majesty, royal commentators praised the Duchess of Cambridge and Cornwall for her display of strength and composure during the emotional period.

Royal reporter Natalie Oliveri praised Kate for her warmth and compassion during the walk as she channeled the legacy of her late mother-in-law and previous Princess of Wales, Princess Diana.

She noted, “This is what people love about her, Catherine’s ability to break the formality and speak from the heart as a wife, mother and many would say, a friend.”

Kate and William spoke to the mourners who had gathered outside the royal estate for nearly an hour.

According to Express, one of the crowd-goers Mary Hayter, 84, came to pay her respects and offer her condolences to the grieving royals.

Accepting her condolences, Kate said to her, “She’s been a part of your life too, your whole life. Everyone feels this loss.’

Hayter later told 9Honey, “Her hand is very warm and her grip was very strong — her face is so radiant.”

“She’s so caring and her attitude towards other people… she just loves making sure everyone is happy. She is absolutely gorgeous,” she added.

Oliveri said: “From the welcome the Princess of Wales receives, the impact she has on those she meets and those who come close to her, it is clear that she is a gift to the Royal Family.”

“Catherine is the real jewel in the crown of the monarchy and it is thanks to Prince William’s encouragement that she is allowed to shine,” she added.