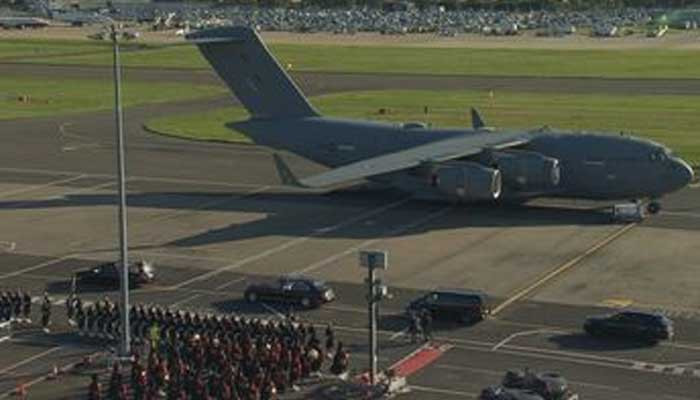 The heavily used aircraft has also been used to deliver humanitarian aid and weapons to Ukraine after the Russian invasion.

The head of the Royal Air Force (RAF) said the plane has also assisted “extensively” in disaster relief efforts around the world.

Air Chief Marshal Sir Mike Wigston told Sky News: “It is a C-17 Globemaster, our strategic airlifter. But on this very sad occasion it will carry Her Majesty’s coffin from Edinburgh to RAF Northolt.”

“It is a widely used aircraft – it carried the majority of the 15,000 people we evacuated from Kabul last summer. And since then, it has been involved in airlifting humanitarian aid and deadly aid hubs to support Ukraine.”

Queen Elizabeth, who died last week at the age of 96, was given a royal honor guard of 96 gunners from the Queen’s Color Squadron in Edinburgh. The plane departed at 6 p.m. and is expected to arrive in London an hour later.