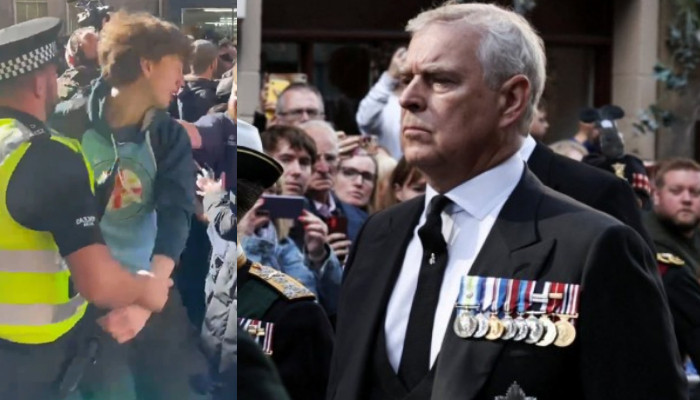 Prince Andrew was reportedly booed by someone in crowds of mourners as he walked behind the coffin of his mother Queen Elizabeth alongside brother King Charles III and his other siblings Prince Edward and Princess Anne.

The disgraced Duke of York disembarked with his siblings for a historic royal procession in which they walked behind the deceased monarch’s hearse as it descended the Royal Mile in Edinburgh, Scotland, reported Subway UK.

In a video of the walkthrough that has since gone viral, a person from the crowd of mourners was heard lining the streets openly interrupting Prince Andrew, who was forced to step down from royal duties after his connections to Jeffrey Epstein were revealed and he was charged. of sexual abuse.

The young man seemed to yell, “Andrew, you are a sick old man,” to the grieving Duke of York as he passed.

The protester was then shoved into the hands of the police on the scene by mourners, with officers also watching him work him to the ground before taking him away.

This is because Prince Andrew’s role in the royal family is coming under scrutiny, especially after the Queen’s death, with many suggesting that King Charles will completely shut out his troubled brother.