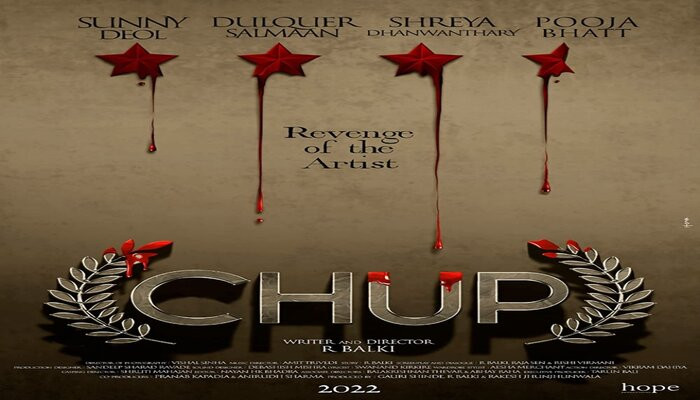 Filmmaker R Balki recently revealed in an interview why he chose Sunny Deol and Dulquer Salmaan to star in his new film Chup: Revenge of the artist.

Balki revealed: “When you see Dulquer’s filmography, the kind of movies he’s made are outstanding. I’ve been watching him closely. I think he is one of the most nuanced actors I’ve seen in Indian cinema. So I thought a role like this needed someone like him. I’m glad he liked the script and agreed to do it.”

As for Sunny Deol: “The same goes for Sunny Deol. A character like this required a king of presence he had. Sunny has never played a part quieter yet more powerful than a full-on dialogue boss that he usually does. It’s also nice to see someone looking fit, happy and good again. This link was very interesting to me. It’s almost two new people coming together,” said director Balki.

The filmmaker also spoke about the criticism and its negative effects on people.

According to India Today, Chup: Revenge of the Artist is written and directed by R Balki and will be released worldwide on September 23.