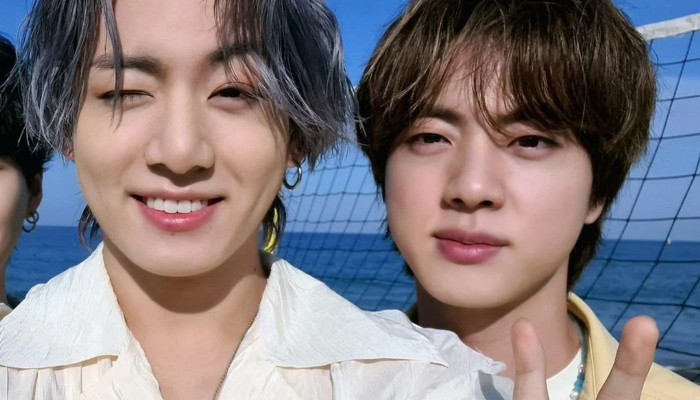 Jin from BTS joined Jungkook during the live celebration of his birthday with fans and the combination of maknae and hyung, in one frame, made it very chaotic live.

On September 1, 2022, BTS Jungkook appeared live on the weavers app to communicate with fans a few hours before his birthday ended.

Jin suddenly appeared on the live broadcast as a special guest to wish his fellow member “A Happy Birthday.”

He brought a cake and grapes for Jungkook and revealed that the grapes were from his uncle’s farm and that he distributed them to everyone, as reported from korea boo.

Jin got a little too drunk and Jungkook had to ask him to leave the live broadcast so he could communicate with ARMY towards the end.

Seokjin also reminded fans that his own birthday was a few months away and after Jin left, Jungkook even had a mini concert for fans.