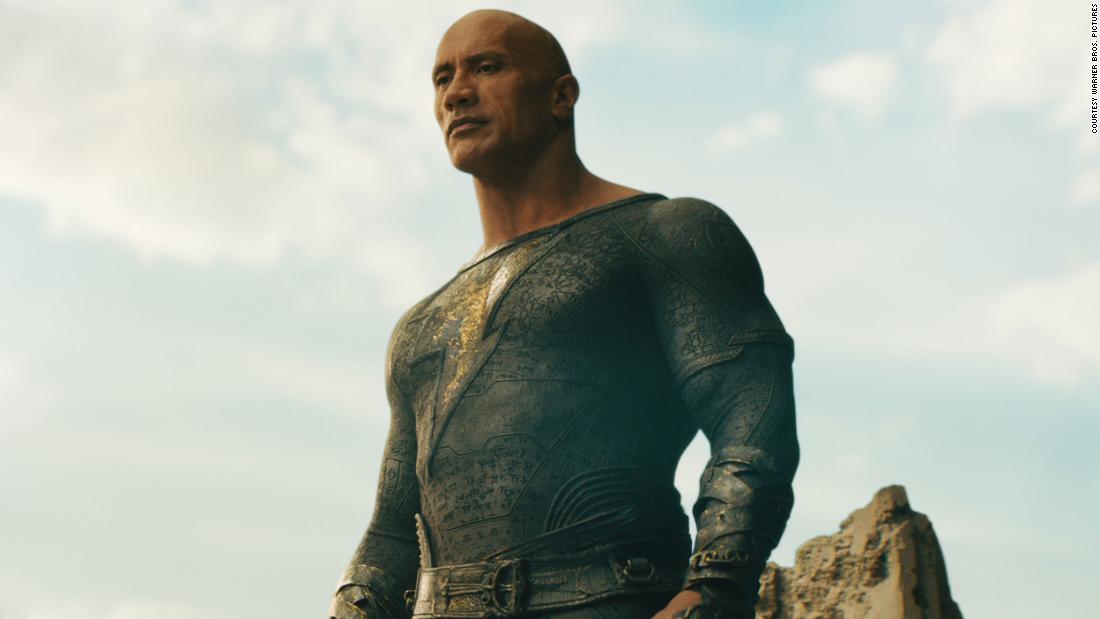 The DC comic film also stars Viola Davis, Pierce Brosnan, and Aldis Hodge. Johnson plays Teth Adam, who in ancient Kahndaq was given “the almighty powers of the gods. After using these powers for revenge, he was imprisoned and became Black Adam.”

“Almost 5,000 years have passed and Black Adam has gone from man, to myth, to legend,” reads the description on the trailer. “Now released, his unique form of justice, born of rage, is challenged by modern day heroes who make up the Justice Society: Hawkman, Dr. Fate, Atom Smasher, and Cyclone.”

But is Black Adam a villain or a superhero?

The film will be released by Warner Bros., which is owned by CNN’s parent company. It hits theaters on October 21, 2022.