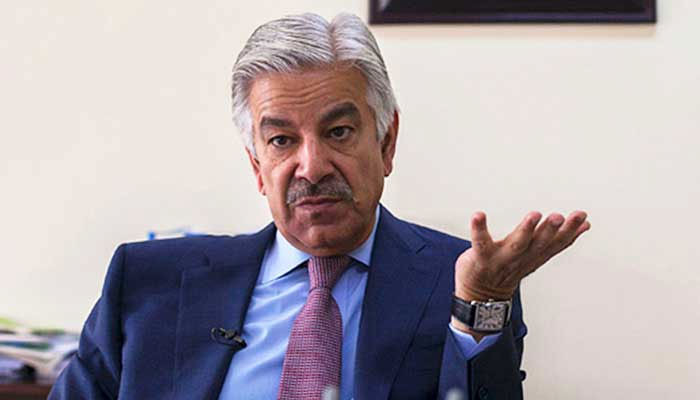 Federal Defense Minister Khawaja Asif said Pakistan Chairman Tehreek-e-Insaf (PTI) Imran Khan is dragging the nomination of the new Pakistan Army chief into controversy under what he called “a well thought out plan”.

“It is the constitutional and legal authority of the government to appoint the army chief and it is… [the government] will eventually fulfill this duty,” the minister said Monday in the Geo News program “Aaj Shahzeb Khanzada Kay Sath”.

Read more: The army chief’s term should be ‘extended until elections’, Imran Khan said. in front of

In an exclusive interview with a private news channel on Monday, Imran Khan suggested delaying the appointment of the new army chief until the country has a newly formed government. According to Imran Khan, the incoming government should appoint the leader of the Pakistani army.

Khawaja Asif said Imran Khan wanted to appoint the army chief of his choice. There are still two and a half months to go before the army chief’s appointment, he noted. The process to consider it has not even begun, the defense minister said.

“Imran Khan is making this issue controversial with a well thought out plan,” he said.

Khawaja Asif alleged that Imran Khan had held meetings at his residence in Banigala. The PML-N leader said the PTI people still want US support. He also emphasized what Imran Khan had said about the courts. “Now Imran Khan is also crossing our religious red lines,” he added.

He said the government of Punjab could collapse at any time because it is based on a few votes. There are resentments in his [Imran’s] feast, said Asif. He added that the current situation is that even Asad Umar and Shah Mehmood Qureshi are not willing to defend Imran Khan’s statements.

On September 12, Imran Khan proposed to extend the term of General Qamar Javed Bajwa of the Chief of the Army Staff (COAS) until the next elections.

Khan said the appointment of an army chief should be postponed until the government is elected, which must then choose the new military chief.

Khan has been making headlines since his ouster in April this year for his constant comments about the army chief.

Earlier this month, at a public meeting in Faisalabad, the PTI chairman had summoned the government and said it was postponing elections to appoint its own army chief and that if a “patriotic chief of staff comes in, he will do not spare sitting rulers.”