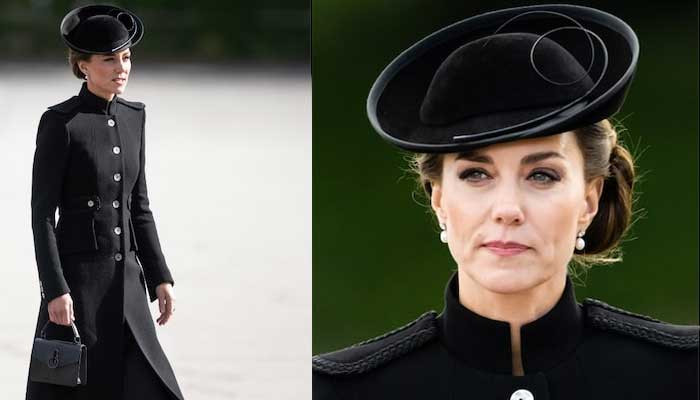 Considered the style icon of the royal family, Kate Middleton refreshed the sweet memory of the late Queen’s fashion choices when she wore a pair of pearl and diamond earrings that belonged to the late Majesty.

The Princess of Wales paid a moving tribute to Queen Elizabeth when she and her husband Prince William joined the Queen Consort, Camilla and King Charles III to receive the Commonwealth Governors General at Buckingham Palace.

Prince William’s lover appeared to be a queen while rocking a gorgeous black outfit. She created an image of the late monarch in the minds of her fans with her fashion choice.

Kate wore a long sleeved midi dress with black tights and high heels, bringing down her dark brown mane. The mother of three completed the look with the late monarch’s signature pearl necklace.

She also wore a pair of pearl and diamond earrings that belonged to the Queen who passed away “peacefully” on September 9.

The royal representative represented the family in the Queen’s style as he chatted with dignitaries from the 56 countries that make up the Commonwealth of Nations group.

Camilla and Kate also sent a message of unity to the world as the two eldest royal wives showed a close bond as they shared a moment of chatting, both smiling.

Meanwhile, Camilla looked equally stunning in a black dress and wearing lots of gold bangles on her wrist and her white blonde hair was perfectly coiffed.