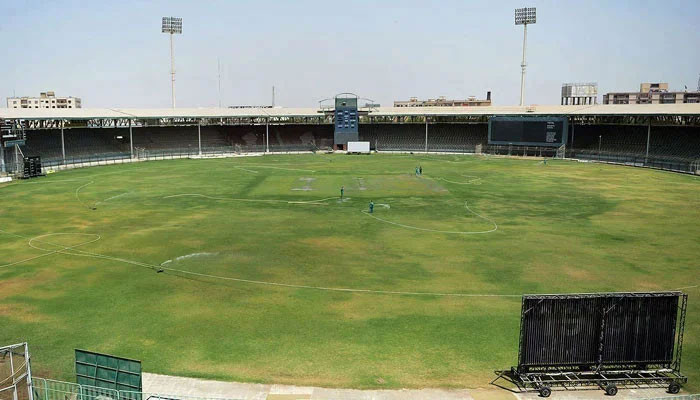 Karachi is all set to host the highly anticipated T20I series between Pakistan and England as the Pakistan Cricket Board (PCB) at the National Stadium has made preparations for the guests touring the country after a 17-year hiatus.

The arrival of the England team is scheduled for the early hours of Thursday (September 15), which rests all day before the start practice sessions on Friday.

The matches to be played in Karachi are scheduled for September 20, 22, 23 and 25. After that, the action will move to Lahore, where three T20Is will be played at the Gaddafi Stadium on September 28, 30 and October 2.

Read more: Will there be any surprising changes in the final roster?

Preparations in the National Stadium have been completed, according to well-placed sources. “Four pitches have been prepared for the series on the ground,” the sources added.

Ground crews have completed work on the wicket, the sources said, adding that cleaning work on the stands has also been completed.