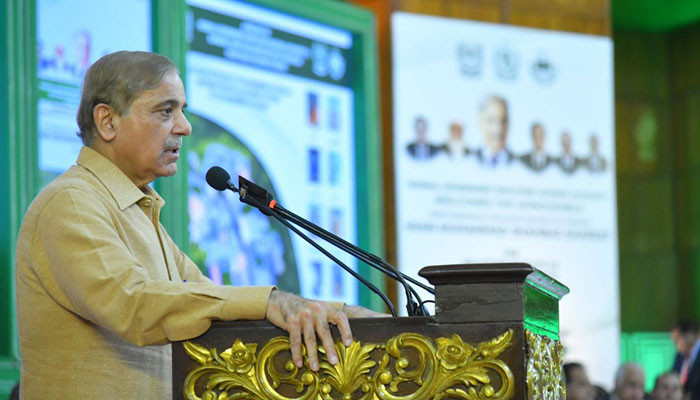 Prime Minister Shehbaz Sharif said widespread flash floods have worsened Pakistan’s economic situation. The International Monetary Fund (IMF) Conditions must be met to get the country out of the economic crisis, he emphasized.

At the lawyers’ convention in Islamabad, Shahbaz Sharif said Pakistan had inked an agreement with the IMF but it was not honored. As a result, the Fund became stricter on the country, he said.

The Prime Minister stressed the need to comply with all the conditions of the IMF and said: IMF program stops if the country does not meet its conditions.

Prime Minister Shehbaz said his government has saved the country from economic default by working diligently. “When we visit a friendly country, they say we came to beg,” he explained.

“When gas was the cheapest in the world, we slept,” he said.

Commenting on the condition of the people affected by the floods, the prime minister said their lives have become miserable because they don’t even have a one-time meal.

No one can imagine their plight as the flood wiped out everything they had, he said. This is true, he said, adding next winter will be a new challenge for the 30 million victims of the floods.