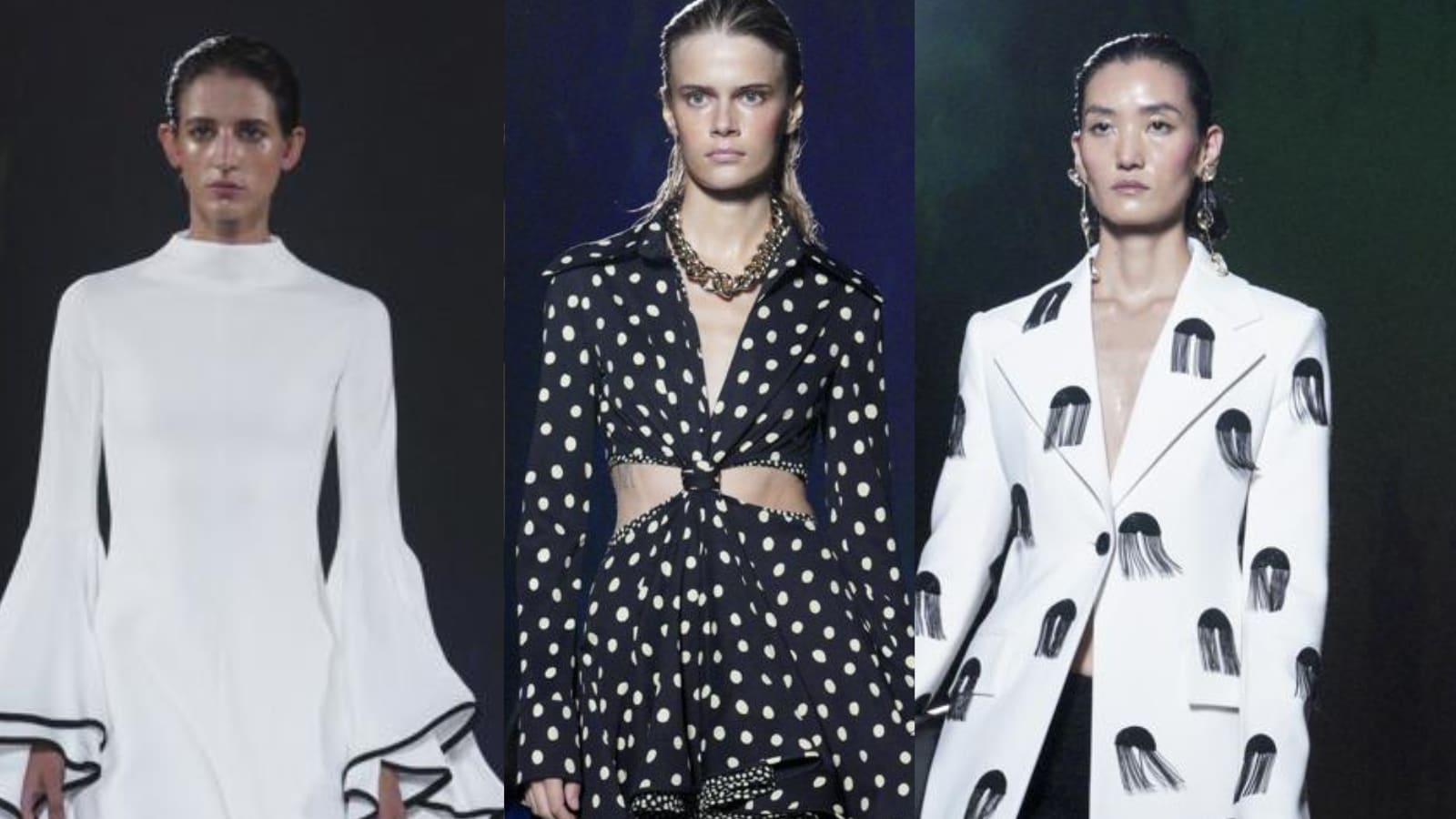 To be clear, the water was not actually wet, but shown in video installations. Still, the soothing falls set a strong mood for the clothing featured in Friday’s runway show—particularly the cascading ruffles that adorn some of the ensembles, either over the back of a dress or “dripping” down a long sleeve.

In the Hall des Lumières exhibition space, located in the old Emigrant Industrial Savings Bank building (an early example of a Beaux-Arts-style New York building), designers Lazaro Hernandez and Jack McCollough presented a collection that they believed was a mix of their personal histories – in their own words, “the sensual and fiery qualities of Lazaro’s Latin roots combined with the pragmatism and guts of Jack’s American experience.” Water, the duo said, was chosen as a symbol of life.

Notably featuring more bare or sheer looks than the designers usually present, the collection opened with two dresses with sheer, crochet skirts and fringed bodices. Later there was a glittering gold crochet ensemble of a sleeveless top and sheer skirt.

Backstage, Hernandez said the duo found “this amazing community of hand weavers in Bolivia” who spent six months working on a series of pieces.

When coming up with the show, McCollough said the duo started with a series of silhouettes. The idea of ​​water, he said, was reflected in the sensation of dripping — the rippling sensation of loose, wide-leg pants or a ruffled black leather skirt, for example. In addition to the crochet looks, lace dresses have added a sheer look.

The designers, who met as students at Parsons School of Design, named their fashion label after both their mothers’ maiden names. They often base their collections on themes in contemporary art or culture.

From Bruce Willis to Madonna, celebrities with 5 or more children