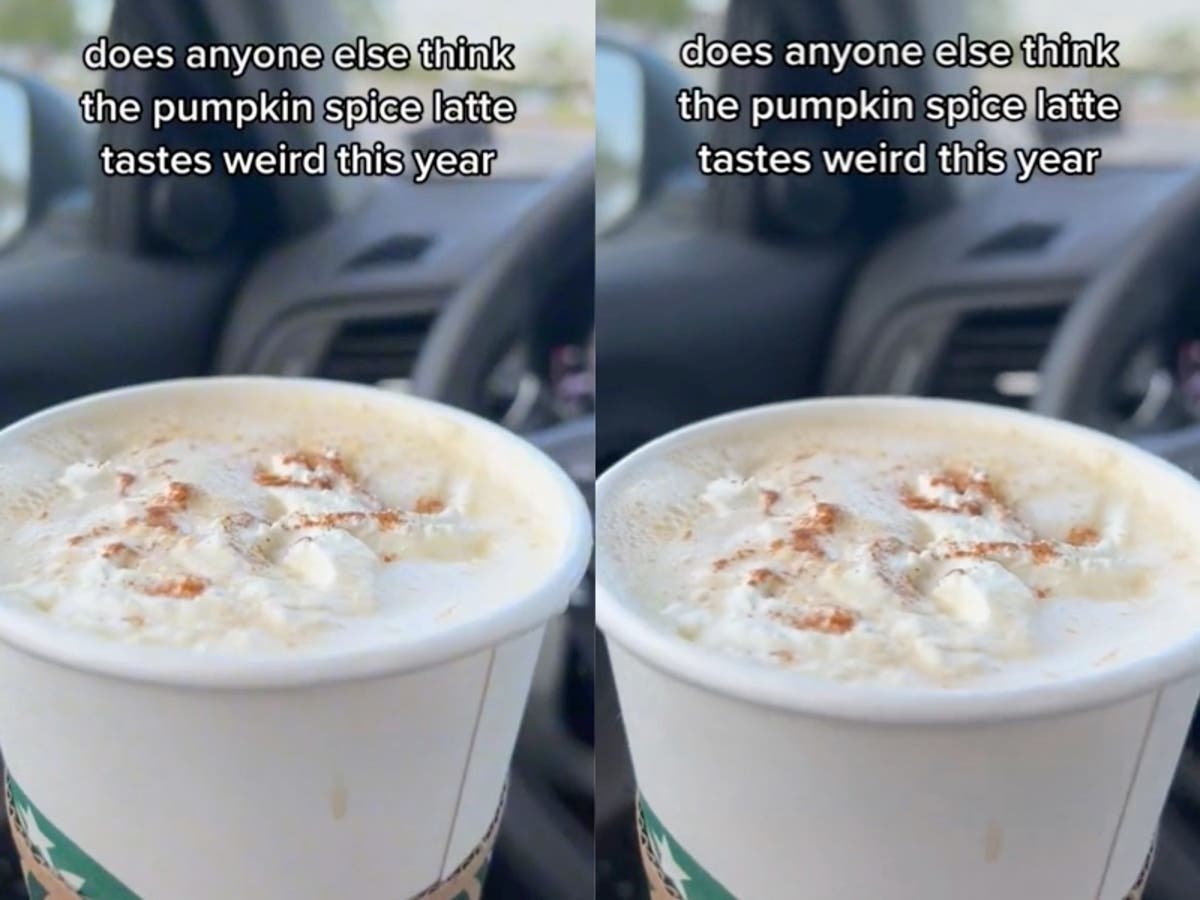 The pumpkin spice Latte has officially returned to Starbucks and some say it has a different taste.

On August 30, the popular coffee chain celebrated the unofficial start of fall with the launch of its classic fall menu. The iconic Pumpkin Spice Latte has long been a staple of the season, but its return has left some Starbucks aficionados disappointed. Now, many customers have claimed that the pumpkin spice latte tastes different this year than it has in years past.

Earlier this week, TikTok user Maria – who passes by @maariamarmora on the app – went viral when she asked her followers, “Does anyone else think the pumpkin spice latte tastes weird this year?” Her video was viewed more than 880,000 times, and many users agreed that their order for pumpkin-flavored drinks tasted unusual.

“It was the same, it wasn’t as good as I remembered,” noted a TikToker.

“YESSSS IT DOESN’T TASTE LIKE PUMPKIN,” shared another user.

One person wrote: “Yes! I got an iced Pumpkin Spice Latte and it tasted like milk and coffee,” while someone else said, “Mine didn’t taste like pumpkin at all…I even asked them if they forgot to put pumpkin in it.”

Maria, who claims to be a Starbucks barista, shared in a follow-up video to TikTok that the Pumpkin Spice Latte does indeed taste different this year because the company has “changed” its recipe.

“So, the pumpkin spice is different this year and that’s because they’ve added real pumpkin ingredients,” she claimed. “It used to be artificial, which I loved, and they’ve also changed the pumps so apparently they’re not the same full pumps. You will technically get less and since they changed the recipe it will taste different anyway.

However, many viewers pointed out in the comments section that Starbucks real pumpkin added to his 2015 recipe, removing caramel coloring and “artificial flavors” from the drink. Today, the recipe for the Pumpkin Spice Latte is a combination of Starbucks Espresso Roast, steamed milk or dairy alternatives, four pumps of Starbucks pumpkin spice sauce, and topped with whipped cream and an assortment of spices — cinnamon, ginger, nutmeg, and cloves.

While Maria clarified in the comments that Starbucks “has been using artificially for a long time,” she claimed that some chains make their pumpkin spice lattes different from other Starbucks stores. “A lot of stores apparently do it differently,” she wrote.