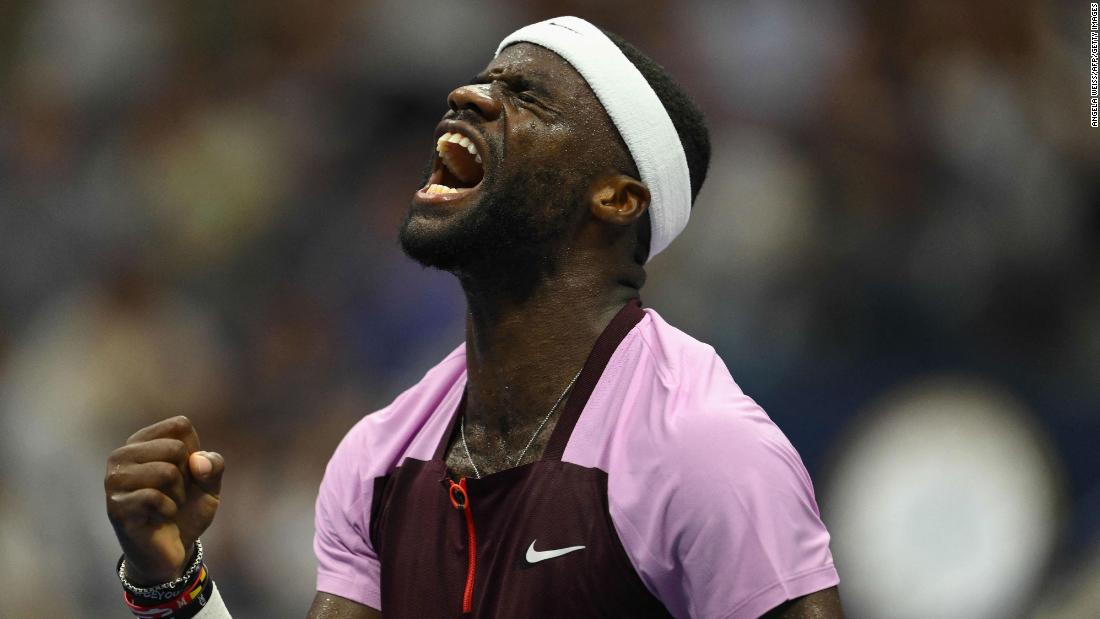 Tiafoe, 24, is the youngest American man to have made it this far in the US Open since then-24-year-old Andy Roddick was a finalist in 2006.

“It was definitely a great performance,” he said after the game. “I played really well today. Yeah, I think, I mean, I just came out and I just believed I could do it. It helps that I played against him a few times.”

Earlier in the tournament, Tiafoe said he was glad he went largely unnoticed.

After his win on Monday, he expressed his joy at what his victory over Nadal meant for his parents, who immigrated to the United States from Sierra Leone.

“I just had a great passion for the game. Not even primarily for me, but to do it for them. To see them experience me beating Rafa Nadal, they’ve seen me get big wins, but to see that to beat guys from Mount Rushmore, for them I can’t imagine what was going through their heads.

“Yeah, I mean, they’ll remember today for the rest of their lives.”

Nadal, 36, recorded his first loss in a grand slam event this year and is now 22-1 this season. The Spaniard won the Australian Open and French Open before withdrawing from Wimbledon in July for his scheduled semi-final showdown with Australian Nick Kyrgios.

“The difference is simple,” Nadal said afterwards. “I played a bad game and he played a good game. In the end that was it, wasn’t it?”

Nadal said Tiafoe played more solidly than in previous matches between the two, served well, had good backhands and was quick.

“But I don’t think I pushed him enough to give him the doubts I need,” he said. “Of course he’s done things right. If not, he’s definitely not going to win. Congratulations to him.”

Nadal said he needs to “fix things” and when he feels mentally ready to compete again he will, but he is unsure of the timetable.

Tiafoe will face Andrey Rublev of Russia in the quarterfinals on Wednesday.

The final of the US Open men’s singles is scheduled for Sunday.

Tiafoe’s parents met in the United States, where they would have twins, Franklin and Frances.

Their father enlisted in 1999 as a day laborer at the Junior Tennis Champions Center in College Park.

While he was working around the clock, his father was forced to move into an empty storage space at the tennis center, where his two boys would stay with him, sleep there, while their mother worked night shifts as a nurse. Tiafoe picked up the sport, was allowed to play in the center for free and fell in love with the sport.

Tiafoe previously said that although his family did not get rich, he would not change anything.

On Monday, he told reporters: “The fact that we were around tennis made us move out of our way. My father could keep an eye on us a little bit. It wasn’t meant to be. Then “Once we got into the game of tennis, it was like my dad said it would be great if you guys could use this as a full scholarship. I mean we couldn’t afford college.”