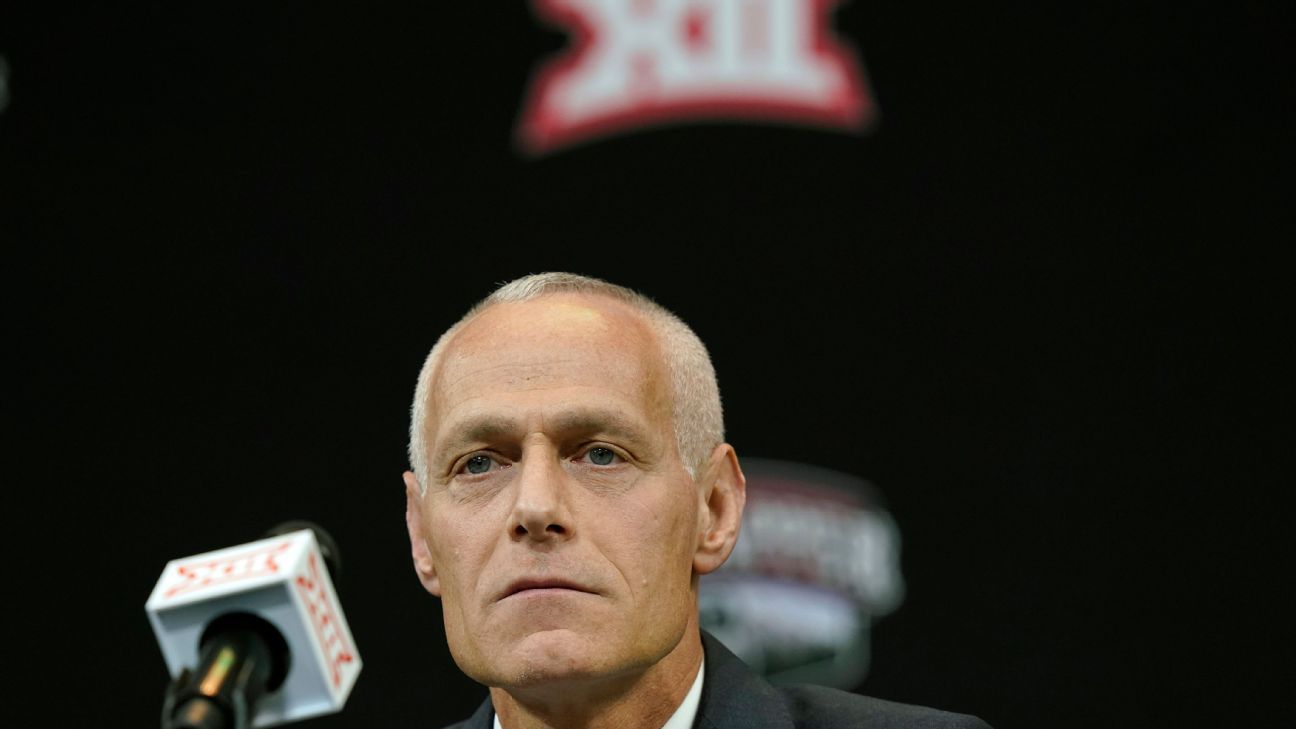 Speaking on Wednesday during a visit to prospective Big 12 member Cincinnati, Yormark told reporters the league would be interested in adding members from the Pacific time zone. The new commissioner has taken a bold approach to expansion, saying on football media days: “The Big 12 is open for business.”

“Of course I would like to go west and enter that fourth time zone,” Yormark said Wednesday.

He added to the Big 12’s wish list: “A program that has national recognition, a program that competes at the highest levels in basketball and football, stands for the right things, fits well with the culture.”

The Big 12’s strategy of targeting potential Pac-12 members for expansion has created friction between the leagues, especially in the wake of the Pac-12 losing USC and UCLA to the Big Ten beginning in 2024.

Pac-12 commissioner George Kliavkoff, asked about Yormark’s “open for business” commentary on his league’s football media day, shot back and said, “I appreciate that. We haven’t decided yet if we’re going to shop there or not.”

Kliavkoff would later add, “I spent four weeks trying to defend myself against shells that came in from every corner of the Big 12, trying to destabilize our remaining conference.”

Both the Pac-12 and the Big 12 elected to accelerate talks with ESPN and Fox about their media rights agreements, which expire in 2024 and 2025 respectively. The Big 12’s formal, exclusive negotiating window with both media partners would not begin until February 2024.

Yormark said on Wednesday that he had “great meetings” with ESPN last week and will meet Fox next week, adding that he feels both want to begin negotiations soon.

FIFA 23 graphics for stars like Benzema are up there, but not everyone is happy

The four steps to football respect at a ‘basketball school’

Forecasting the strength and path of Hurricane Ian