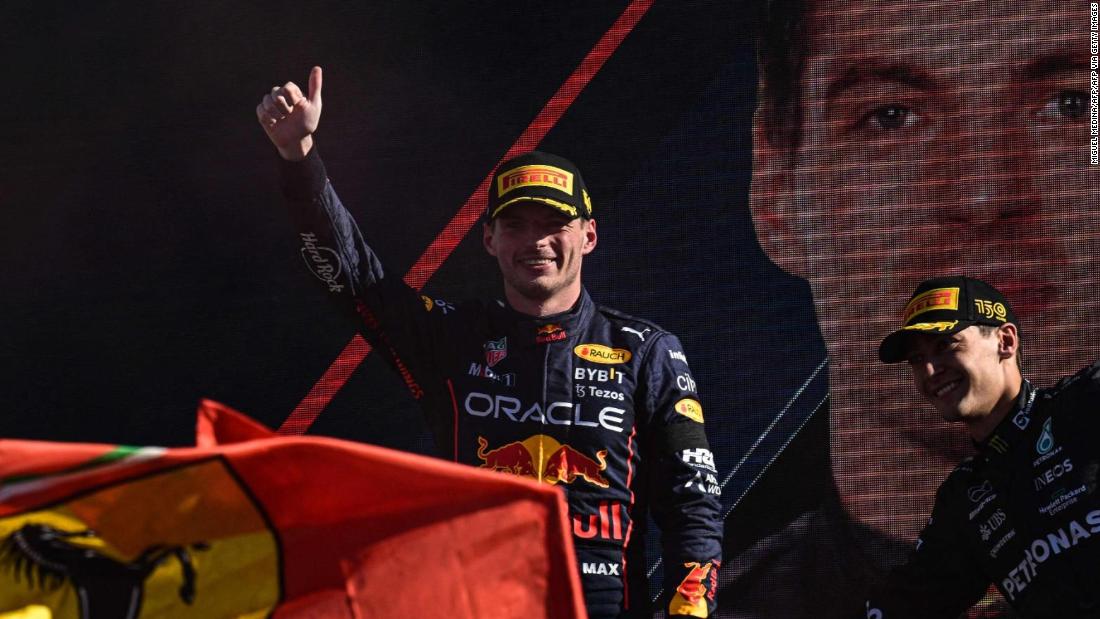 It was Verstappen’s fifth win in a row and his first in the Italian Grand Prix – much to the chagrin of Ferrari fans who had packed Monza and hoped for Leclerc’s win.

The Dutchman now leads the drivers’ standings with 116 points and could mathematically round out the title at the next race in Singapore.

Anger rang out around Monza as Sunday’s race ended behind a safety car after Daniel Ricciardo stopped on track with five laps to go.

It meant that Leclerc, who followed Verstappen after taking an extra pit stop, was unable to challenge his rival in the final phase.

However, during the race it became clear that Verstappen had the superior speed after climbing the grid from seventh place.

“It was just checking the gap at the end when the safety car came out,” Verstappen said in his post-race interview. “Unfortunately we didn’t get a restart, but overall we had another very good day.”

The Red Bull driver had to serve a five-place grid penalty after taking a new part of the power unit, but he soon made light work of the drivers between him and pole sitter Leclerc.

He had moved up to second in lap five ahead of Mercedes’ George Russell and then took the lead as Leclerc pitted when a virtual safety car was deployed on lap 12.

Verstappen himself changed the tires on lap 26 to give the lead back to Leclerc, who pitted for the second time seven laps later. That gave Verstappen a lead of about 20 seconds and his win was finally confirmed when the race ended behind the safety car.

“The start was very good, I had a clean chicane,” Verstappen added. “Then I could quickly get back into my rhythm and finish second.

“It was really good on the tyres, it was really nice to drive today, even though it was quite warm there. A great day for us.”

In a solid race for Russell, he completed the podium behind Leclerc, while Ferraris Carlos Sainz and Mercedes Lewis Hamilton, who had both started at the back of the grid on power unit penalties, blasted through the field to finish fourth and fifth.

Despite his brave performance, Hamilton is now mathematically incapable of winning the F1 title, as he is an unassailable 167 points behind Verstappen in the standings.

Williams’ Nyck de Vries, a late replacement for Alexander Albon who is being treated for appendicitis, finished ninth on his F1 debut and was awarded the Driver of the Day award.