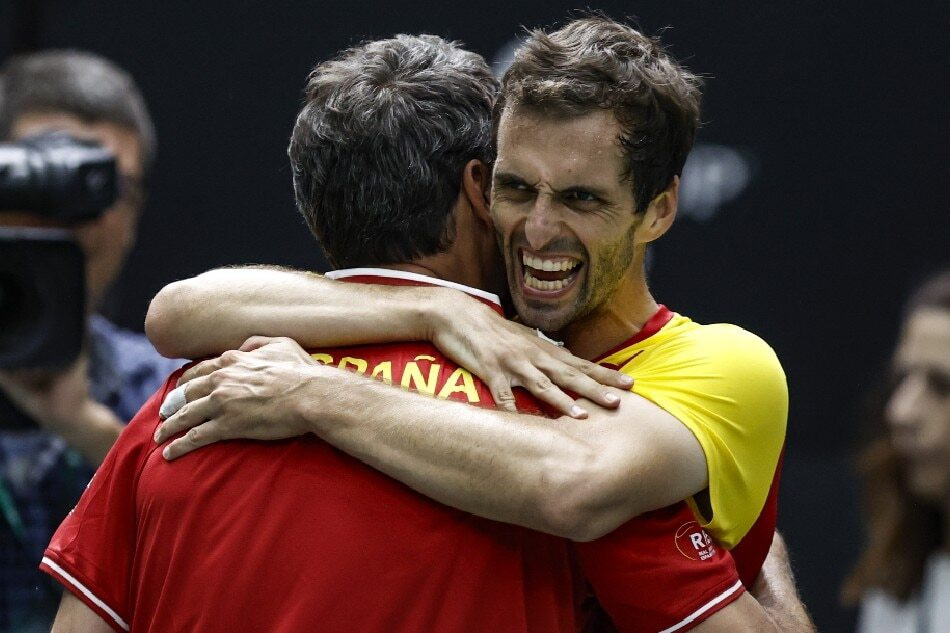 Spain defeated Serbia in their opening game of the Davis Cup group stage on Wednesday as US Open champion Carlos Alcaraz watched from the sidelines, but Great Britain and Andy Murray lost to the United States.

Alcaraz, who made his Davis Cup debut in a qualifier against Romania in March, only arrived in Valencia on Tuesday after becoming the youngest world number one in men’s history with Sunday’s win in New York.

“The best experiences of my life with tennis were in this competition,” said Bautista Agut.

“Today I really enjoyed playing for the Spanish crowd in Valencia, next to my hometown. I am exhausted because it was a tough game and we have (still) a lot of work to do this week.”

Jack Sock and Rajeev Ram of the United States took a 2-1 win against Great Britain in Group D in Glasgow, beating Murray and Joe Salisbury 5-7, 6-4, 7-5 in a thrilling doubles game that was well over ended after midnight.

“We played against one of the greatest legends of the game, in his homeland,” Sock said of Murray.

“It was an electric atmosphere. We put it out and won.”

Ram said it wasn’t easy being on the other side of the net from his regular doubles partner, Salisbury.

“It’s difficult, we’ve been playing together for four years. But we’re going out to fight as best we can,” said Ram. “Playing for our country is huge for us.”

The late finish meant the American players would have just a few hours of rest before being back on the field on Thursday to face Kazakhstan.

Lorenzo Musetti and Matteo Berrettini gave Italy the perfect start to their campaign with the win over Croatia in Bologna.

Former Wimbledon runner-up Berrettini had to fight back from a set-down against Cincinnati Masters champion Borna Coric, but won 6-7 (4/7), 6-2, 6-1.

Simone Bolelli and Fabio Fognini secured a tiebreak in the final set against Nikola Mektic and Mate Pavic to complete a 3-0 sweep.

Italy has high hopes of claiming just a second Davis Cup title and the first since 1976.

Their top player Jannik Sinner could be ready to play against Argentina on Friday.

Germany started Group C with its first Davis Cup win over France since 1938 after Tim Puetz and Kevin Krawietz defeated Nicolas Mahut and Arthur Rinderknech in doubles in Hamburg.

“Today was like a roller coaster, but in the end it’s a big win. It’s huge for us.”

Jan-Lennard Struff defeated Benjamin Bonzi 6-4, 2-6, 7-5 to give the home side the lead, before Adrian Mannarino equalized with a 6-4, 6-3 victory over Oscar Otte.

Ian downgraded to tropical storm as it moves north