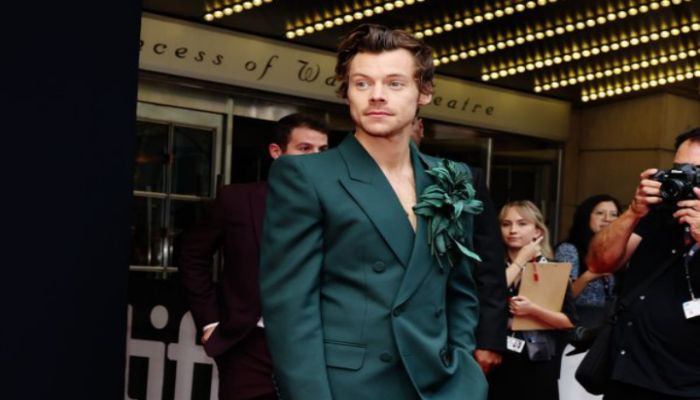 Pop superstar Harry Styles discussed the complexities of sexuality and said he found the gay man he played in the closet in the 1950s drama “My Policeman” depressing, as his latest film premiered Sunday at the Toronto Film Festival.

“My Policeman” is one of several LGBTQ films in what organizers have hailed as a “breakthrough” year at North America’s largest film festival, along with Billy Eichner’s rom-com “Bros” and the critically acclaimed military gay drama “The Inspection.” “. “

But the world premiere of Styles’ latest film comes as the British actor-singer faces accusations from some high-profile critics of usurping queer culture, including his gender-independent fashion choices, while keeping his own sexuality ambiguous.

In the film, he plays Tom, a police officer trapped in a forbidden love triangle with a young woman and the curator of an urban art gallery in 1950s Britain, when homosexuality was illegal.

“I think there’s so much nuance to them, and so much complexity that people experience in real life around sexuality and finding themselves,” Styles told a news conference in Toronto.

The film, which also stars Emma Corrin and Rupert Everett, jumps between 1957 and 1999 and shows the trio at two different stages in their lives, when Britain’s attitudes and laws on homosexuality had changed radically.

It deals with the consequences for all three Tom’s forced to hide his love for curator Patrick.

“I think Tom’s version of acceptance is pretty depressing — I think he accepts that he’s going to deny this part of himself for a really long time,” Styles said.

He noted, “For me, the reason the story is so devastating is because ultimately for me the whole story is about wasted time.