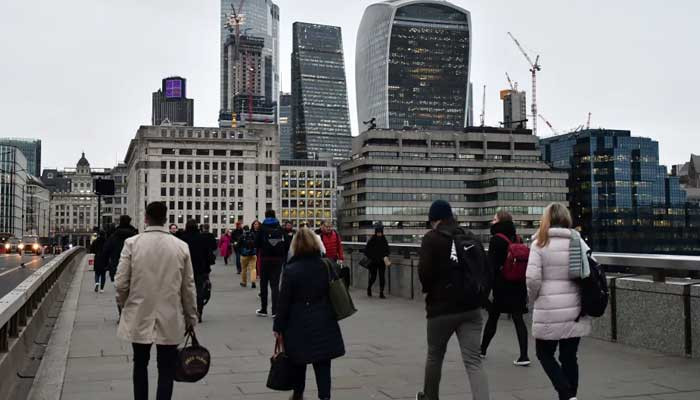 LONDON: The UK’s new prime minister, Liz Truss, is inheriting an economy that will slide into recession before the end of the year, with double-digit inflation rising further.

With inflation of more than 10 percent in 40 years, fueled by skyrocketing energy and food prices, Truss pledged to cut taxes during her campaign.

She also pledged to reverse a recent increase in national insurance premiums for workers who fund public health care and social benefits.

Truss also proposes taxes on fuel to fund the transition to cleaner energy, but she rejects “plaster on the grain” for the crisis in the cost of living, such as direct government support.

An emergency budget is expected within weeks as the Bank of England (BoE) predicts the UK will enter a one-year recession by the end of 2022.

Before then, Truss is expected to present a plan to address rising utility bills.

“If I am elected prime minister, I will take immediate action on bills and energy supply,” Truss, who is stepping down from her role as foreign secretary, told the BBC on Sunday.

UK households will face a staggering 80 per cent average increase in electricity and gas bills from next month, in a dramatic worsening of the winter cost of living crisis.

“Some of the promises Liz Truss has spread on the campaign trail may flutter once she gets to work and the cold reality of the monumental crisis facing the government becomes apparent,” said Susannah Streeter, senior investment and market analyst at Hargreaves. Lansdown.

Truss, 47, supports the UK’s ambition to achieve carbon neutrality by 2050.

She favors total investment in energy, including controversial fracking technology, where it is supported by the local population.

Sizewell C in the east of England is expected to be built in partnership with French energy company EDF and could power the equivalent of around six million homes.

The UK is trying to secure energy security after major producer Russia pushed prices up with its invasion of Ukraine.

Truss supported staying in the European Union before the 2016 referendum on bloc membership, and switched sides after the public voted to leave.

Now unashamedly pro-Brexit, she has spearheaded bills to override parts of the Northern Ireland Protocol the UK signed with the EU that regulates current trade in the province.

She has pledged to remove all EU legislation from the UK code to aid the growth of the “turbocharge”.

Truss has not made any proposals to tackle the post-Brexit chronic labor shortages in the UK, particularly for seasonal workers.

Truss has called for a review of regulators in the City of London’s financial district.

In particular, she wants to merge the Financial Conduct Authority, the Prudential Regulation Authority, which oversees banks and is part of the Bank of England, and the Payment Systems Regulator.

Truss has been critical of the BoE’s response to rising inflation and has suggested examining the statutes that gave it operational independence over monetary policy in 1997.

Governor Andrew Bailey noted in response that the UK’s financial credibility depended on the bank’s independence from government.

In an effort to cool rapidly rising global inflation, the BoE and other major central banks have raised interest rates several times this year.