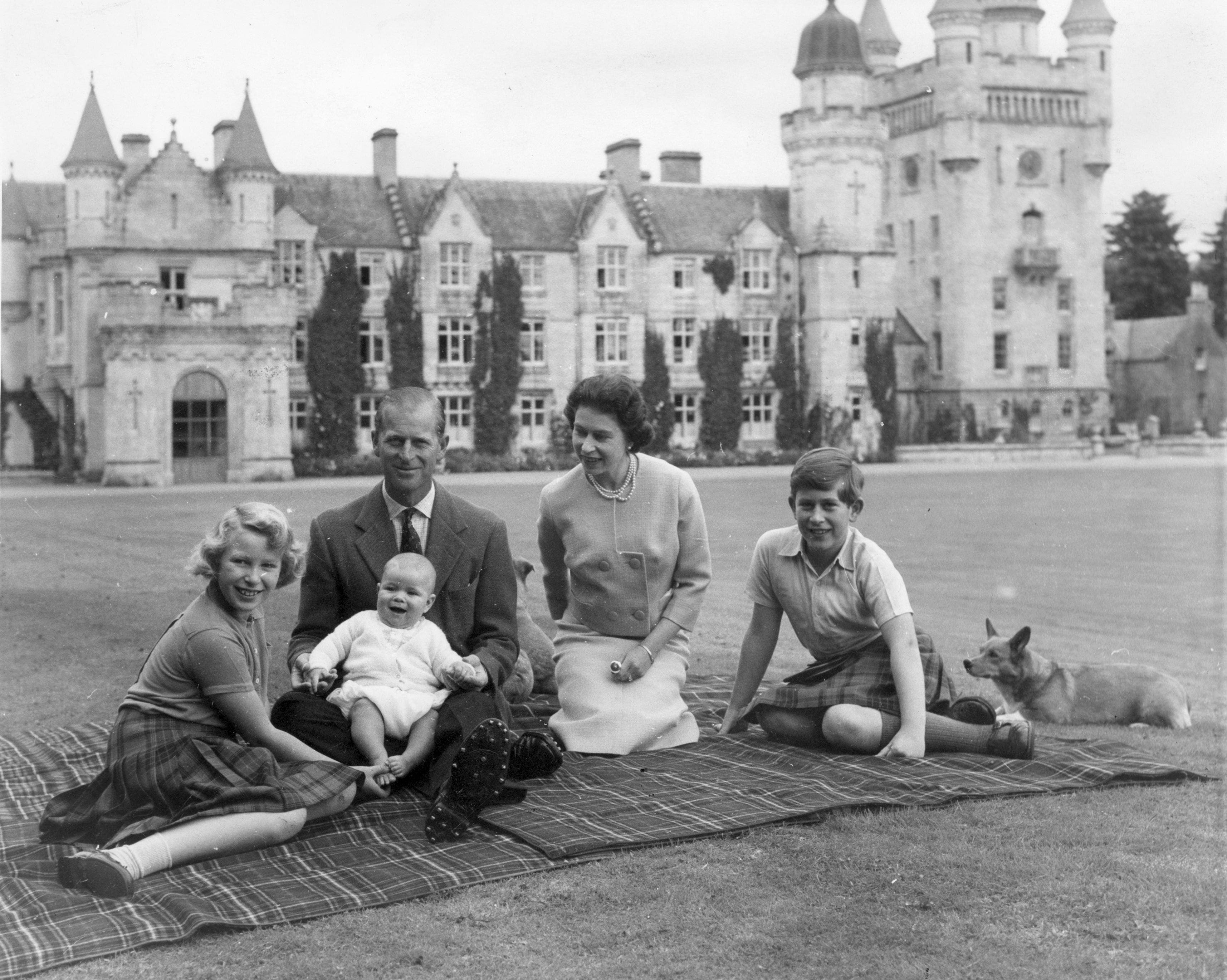 Queen Elizabeth II died at Balmoral Castle in Scotland on Thursday afternoon, Sept. 8, the royal family announced at 1:30 p.m. EDT. She was 96.

Balmoral Castle, the The Queen’s Summer Residenceis located in Aberdeenshire, Scotland, about 50 miles west of the city of Aberdeen.

The Queen reportedly loved the grounds of the sprawling, 50,000-acre Balmoral, calling the house her “highland paradise,” according to Australian website Perthnow.

Former British Prime Minister Tony Blair and his wife Cherie were invited to stay with the royals in Balmoral in 1988, the outlet reported.

Balmoral Castle was said to have been a “Paradise in the Highlands” for Queen Elizabeth II. The site covers 50,000 hectares.
(ANDREW MILLIGAN/POOL/AFP via Getty Images)

Blair later said that Prince Philip was stationed at the barbecue and that the Queen herself was washing the dishes.

Princess Eugenie, the Queen’s granddaughter, has also commented on the Queen’s holiday home, describing it as “the most beautiful place in the world,” Perthnow noted.

“I think Grandma is happiest there. I think she really, really loves the Highlands,” the young royal reportedly said.

CAVALIER KING CHARLES SPANIEL: WHAT YOU NEED TO KNOW ABOUT THE DOG BREED FIT FOR A NEW KING

The estate is owned by the Royal family since February 1848, according to the official Balmoral website.

Prince Albert first acquired the property as a gift to his wife, Queen Victoria, before any of them had visited the estate.

Queen Elizabeth II and Prince Philip, Duke of Edinburgh, with their children, Princess Anne, Prince Andrew and Charles, Prince of Wales, sitting on a picnic blanket outside Balmoral Castle in Scotland in September 1960. “I think Grandma is happiest I think she really, really loves the Highlands,” Princess Eugenie reportedly said of Balmoral.
(Photo by Keystone/Getty Images)

Four years later, in 1852, the sale of the estate to the royal family was officially completed, according to the website.

Although Queen Victoria reportedly loved the estate, the website said, it soon became apparent that the existing buildings were too small.

Construction of a new and larger castle house began shortly after Prince Albert bought the property; that work was completed in 1856.

A child lays flowers at the Balmoral Estate where the Queen died on Thursday, September 8, 2022 at the age of 96.
(MEGA for Fox News Digital)

Balmoral architecture is considered Scottish baronial in combination with Gothic Revival, according to Architectural Digest.

Since the purchase by Prince Albert, the estate has remained in the hands of the British royal family, Balmoral’s website reports.

As of 2022, the Balmoral Estate will contain approximately 150 buildings.

The family has continued to add buildings and land, and as of 2022 the Balmoral Estate will contain approximately 150 buildings.

The two met at Balmoral in what would be the Queen’s last public appearance.

Mary Anne Donaghey, an American tourist from the Boston area, saw the Queen pass by in her car in Scotland this summer and took this photo of her. “We’ve all suffered a loss today,” Donaghey told Fox News Digital. “Someone of her character only comes once in a generation or so – she devoted her whole life to service.”
(Mary Anne Donaghey)

An American tourist was traveling through Scotland this summer when she turned to see the Queen’s car drive by.

“We were in Scotland at the entrance to the Palace of Holyroodhouse in Edinburgh when we happened to see the Queen drive by,” Mary Anne Donaghey, who lives in the Boston area, told Fox News Digital.

“It was July 2,” she said. “Royal week is celebrated every in Scotland [end of] June” to early July.

Donaghey also said: “Scotland is absolutely beautiful, and as a fan of all things royal, it was just amazing to watch the Queen drive by.”

“We have all suffered a loss today,” she added of the Queen’s passing.

“Someone of her character only comes once in a generation or so – she devoted her whole life to service. God bless her.”

Christine Rousselle is a lifestyle reporter at Fox News Digital.