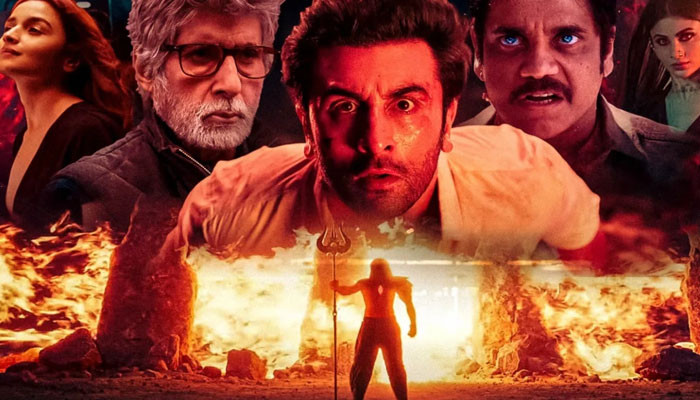 Ranbir Kapoor and Alia Bhatt were forcibly stopped by Bajrang Dal protesters from entering Mahakaleshwar Temple because of an old video of Ranbir.

The fringe group’s protest came after an old interview of Ranbir surfaced on social media in which the Besharam actor declared his ‘love of beef’.

Ranbir described his fondness for the meat, saying, “My family is from Peshawar, so a lot of Peshawari food has come along.”

“We will not allow them to worship in the holy Mahakaleshwar temple as Ranbir had said a few days ago that he likes to eat mutton, chicken and beef in non-vegetarian foods,” the group said.

An official from the Mahakal Police Station confirmed the incident and said they dispersed the protesters by stabbing them with a stick.

However, eyewitnesses stated that the protesters did not allow the couple to enter the temple grounds, despite the charge with the cane.

According to the temple priest, only the director of the film, Ayan Mukerji, was allowed to enter the temple.

Amid the protest, the #BoycottBrahmastra is trending on social media, asking people not to watch the film.

Brahmastra is one of the most expensive movies made in Bollywood with a budget of INR 410 crore.