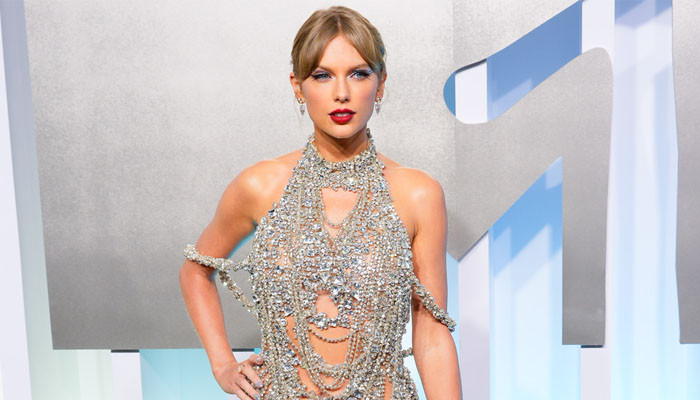 Taylor Swift stunned at the 2022 MTV Video Music Awards on Sunday, August 28, 2022 in a mini dress with an Oscar de la Renta chandelier. The sparkly dress was more than glitz and glam though, in fact Swifties were quick to point out some big Easter eggs.

The piece was actually a reference to the metallic silver dress she wore to the 2009 VMAs when Kanye West famously interrupted her speech, which was exactly 13 years ago (13, another Easter egg). Fans are fully aware that 13 is Taylor’s favorite song.

The dress was also a nod to her silver jewel-encrusted gown as she lay filled with diamonds in the “Look What You Made Me do” video released in 2017.

The song is said to have been written about Kim Kardashian, Kanye West’s wife, after West made a controversial video for his song “Famous”, targeting Taylor Swift. Kim K had threatened to release a voice recording they made of a phone conversation between Swift and West (with Swift reportedly approving the texts she later complained about).